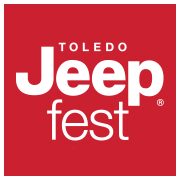 Local car dealer Denny Amrhein’s love of the Jeep connected him to Toledo Jeep Fest. Amrhein had become an All-Jeep Parade staple as the event’s Grand Marshall. Each August he could be seen waving to the crowds along Monroe and Huron streets. Amrhein was a partner at Grogan’s Towne Chrysler Jeep Dodge Ram and Charlie’s Dodge Chrysler Jeep Ram dealerships and supported many local organizations.

Amrhein, 73, died tragically Dec. 2 in a crash along I-75 in Wood County. Sadly, Denny’s wife of 56 years, Shirley, died in September of ALS.

Denny was best known for his love of cars. He joined the automobile business in 1970 as a salesman and by 1976 he was ranked as one of the top salesman in the nation. In 1985, he purchased his first dealership, Wauseon Ford and then sold that dealership to purchase Grogan’s Chrysler Plymouth in 1990. In 1997, he moved his dealership and renamed it Grogan’s Towne Chrysler. In 2008, he became the managing partner of both Grogan’s Towne and Charlie’s.

“Toledo Jeep Fest is building a tremendous tradition on 80 years of Jeep tradition and Denny Amrhein was a great representative of automotive tradition,” said Jerry Huber, Toledo Jeep Fest co-founder. “The Toledo automotive and Jeep community have lost a friend. Denny will be sorely missed.”

Toledo Jeep Fest is honored to have shared a connection with such a great representative of the automotive industry and the Toledo community.